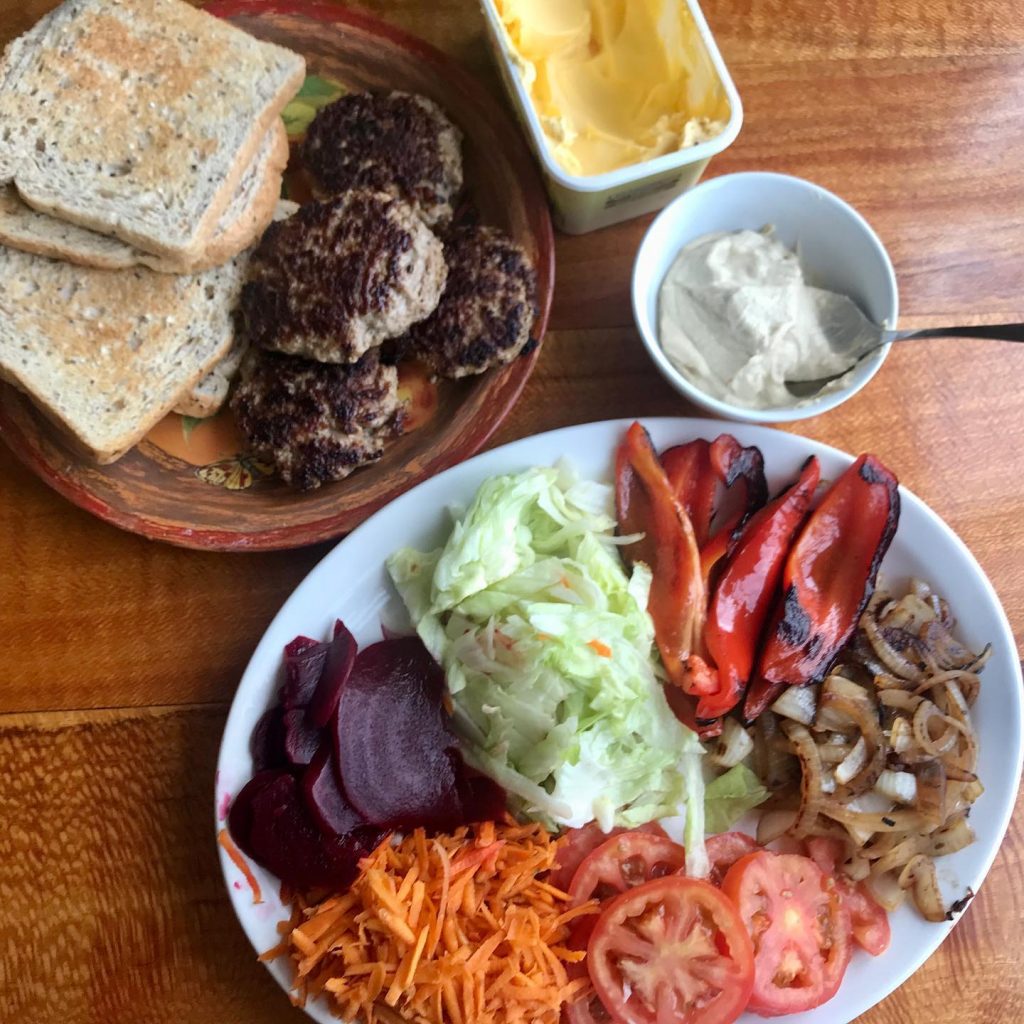 Burgers do not need to be unhealthy option when you make them from home. Just get some heart smart or 5 star lean minced meat, season with some dried herbs and a little pepper, mix and form into patties to grill on a non stick pan or with a little olive oil and then serve with some whole grain toast or rolls and a range of toppings- seen here with choice of Hummus or olive oil marg spread, and toppings- fried onion and capsicum, shredded lettuce, grated carrot, sliced tomato, lettuce and canned beetroot. I Enjoyed the burger with some extra salad in the side 🙂

For the kids, it adds a fun element to make self serve meals occasionally and they feel involved by choosing their own toppings. My five year old had a little of almost everything except the hummus and onion. But just having it there as an option and exposing her to the smells and sights of these foods regularly (as I do over many meals and snacks), plus seeing others eating and enjoying these foods, will increase her familiarity of these foods and hopefully encourage her to try them in the future. I know this works with her fussy eating as it has in the past with capsicum, spinach, and eggplant, which where previously refused but now enjoyed. Having said that I have been blessed to have a child who is not too fussy and will give most things a go eventually. Now If you have a child with more severe sensory issues with food (commonly known as extreme fussy eating) we have a different range of strategies to try with these kids.